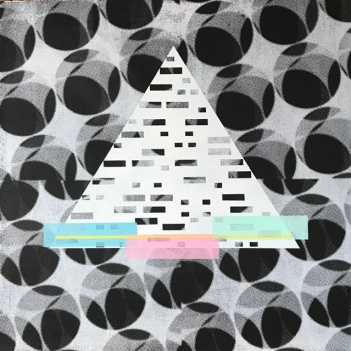 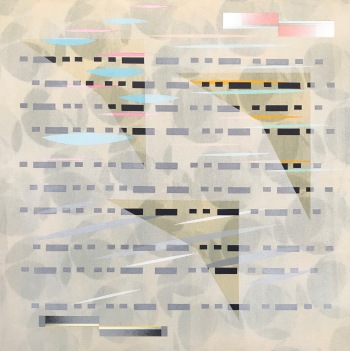 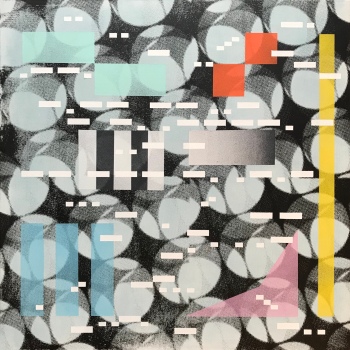 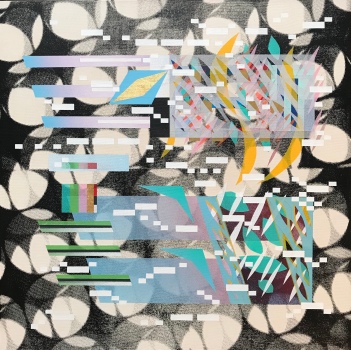 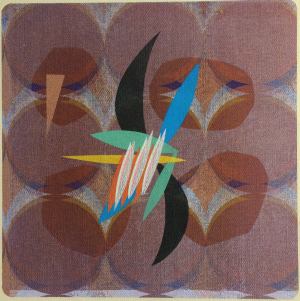 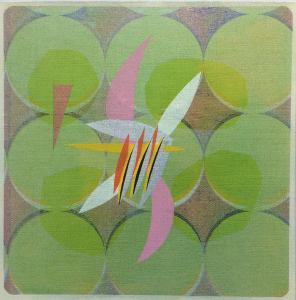 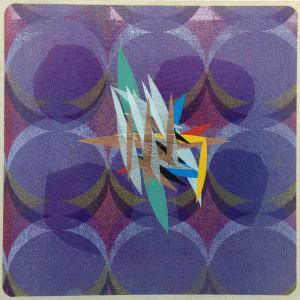 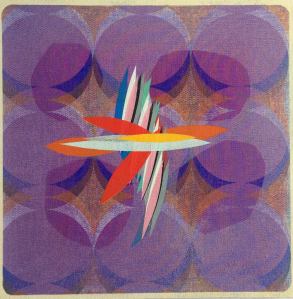 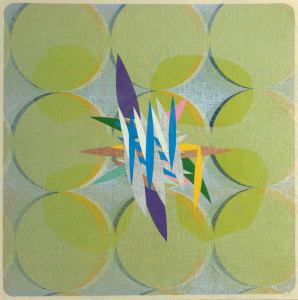 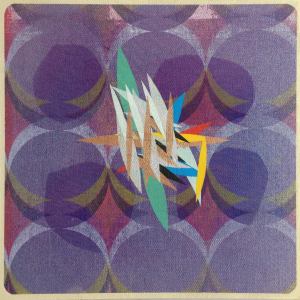 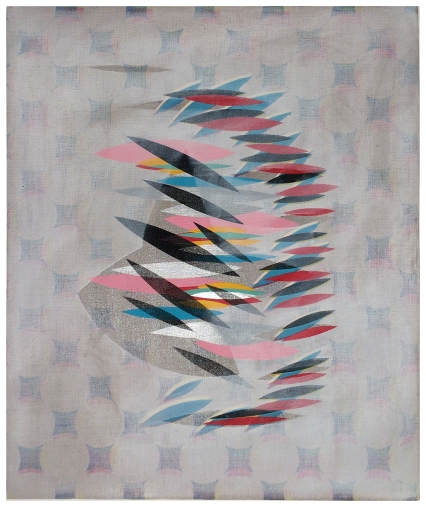 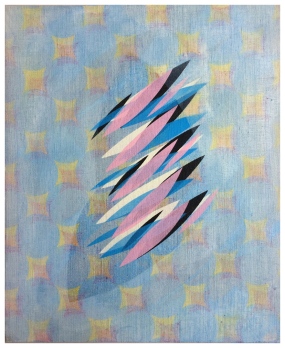 Silkscreen and Aerosol spray-paint on Canvas 2017/18 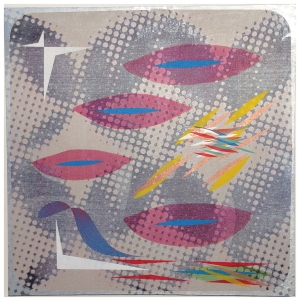 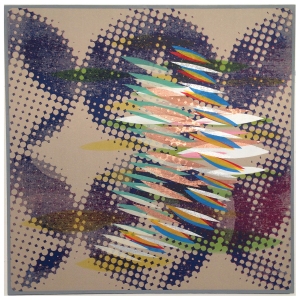 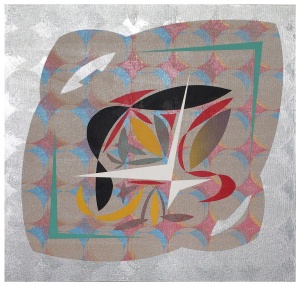 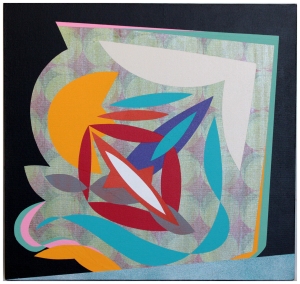 This Woodblock on Canvas 147cmx167cm is part of the exhibition, Over the Sun, Kazimir Malevich (His legacy and influence on Western Artists). The accompanying text is an extract from the catalog for the Exhibition, 2015. 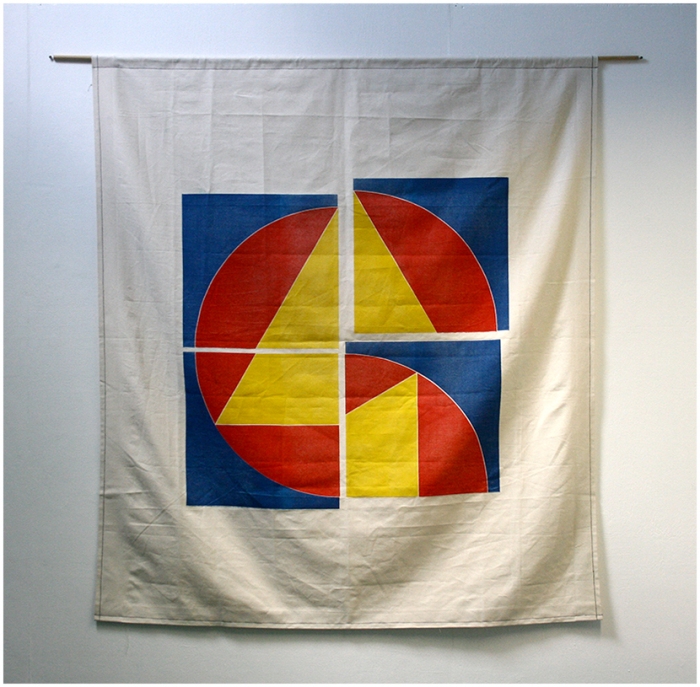 (His legacy and influence on western artists)

Selected and organized By Séan Hanrahan

in association with the V.C.C.A Vitebsk, Belarus

Standing in no.5a on Pravdy str. in Vitebsk on a September afternoon listening to two senior research staff members from the V.C.C.A (Vitebsk Centre for Modern and Contemporary Art) Marina Karman and Elena Gai explain about the historical nature of the building we were in, and the plans for its future, I was immediately struck by the importance of the surroundings I had found myself in. It was here Russian avant garde artist Kazimir Malevich (1879-1935) formed UNOVIS – ‘The Affirmers of the New Art’ group in 1919. It was here also that he wrote and published some of his main theoretical writings, such as Suprematism: 34 drawings.This exhibition is the result of that September afternoon’s conversation and the expressed openness and enthusiasm by the director of the V.C.C.A Andrey Duhovnikov to the proposal of putting the project together. We consider this exhibition as a small beacon of the significant influence Kazimir Malevich has had on Western and Modern art throughout the past 100 years since he painted his Black Square, and of Vitebsk where he taught and wrote many of his theoretical works. I gratefully acknowledge the V.C.C.A and its staff for their support. I would like to thank and acknowledge the Artists involved, Dominic Fee and Josh Dannin who without hesitation got on board, and enthusiastically engaged with the project. I would especially like to thank Masha Falaleeva for her support, dedication and shared vision. 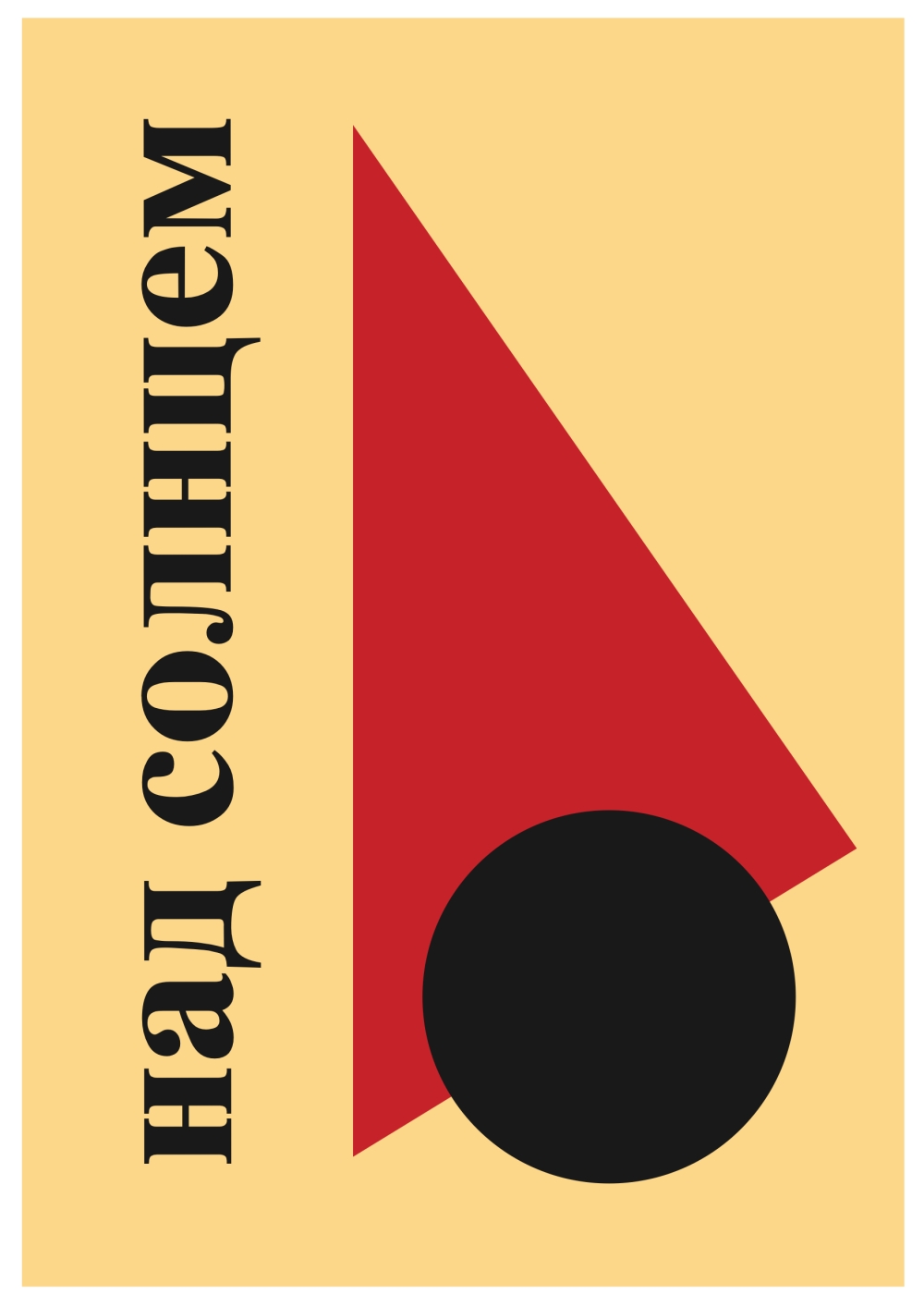 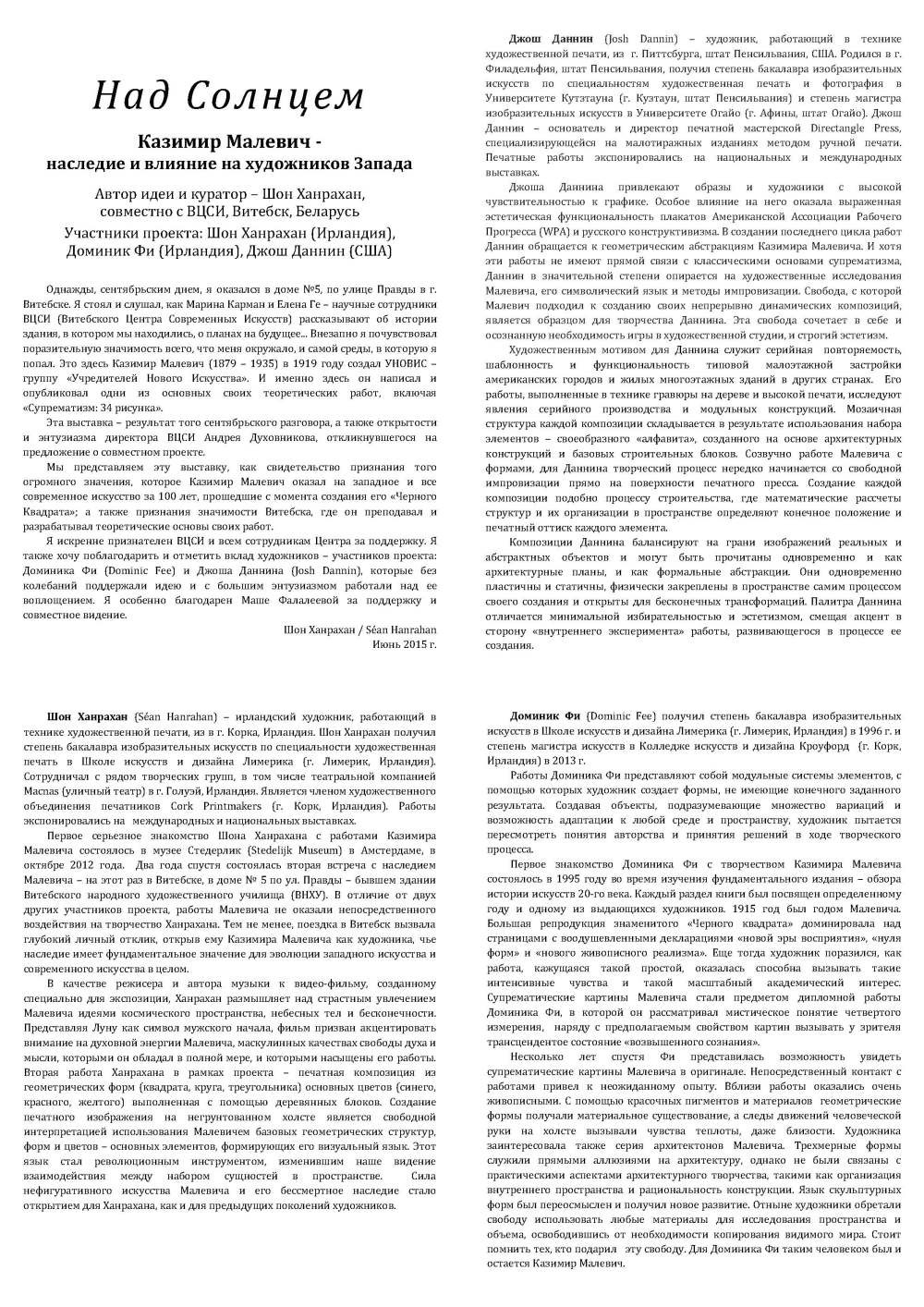 Back of Catalog Introduction and Artists texts (Russian text) 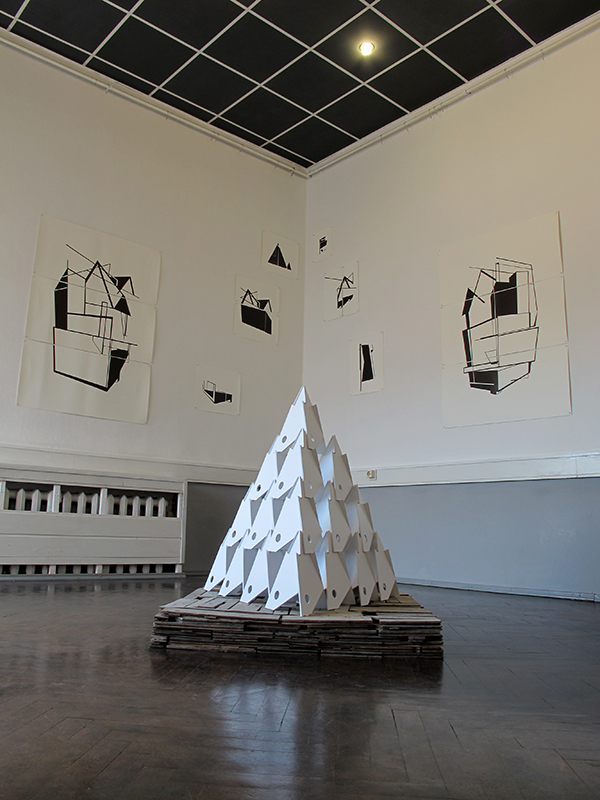 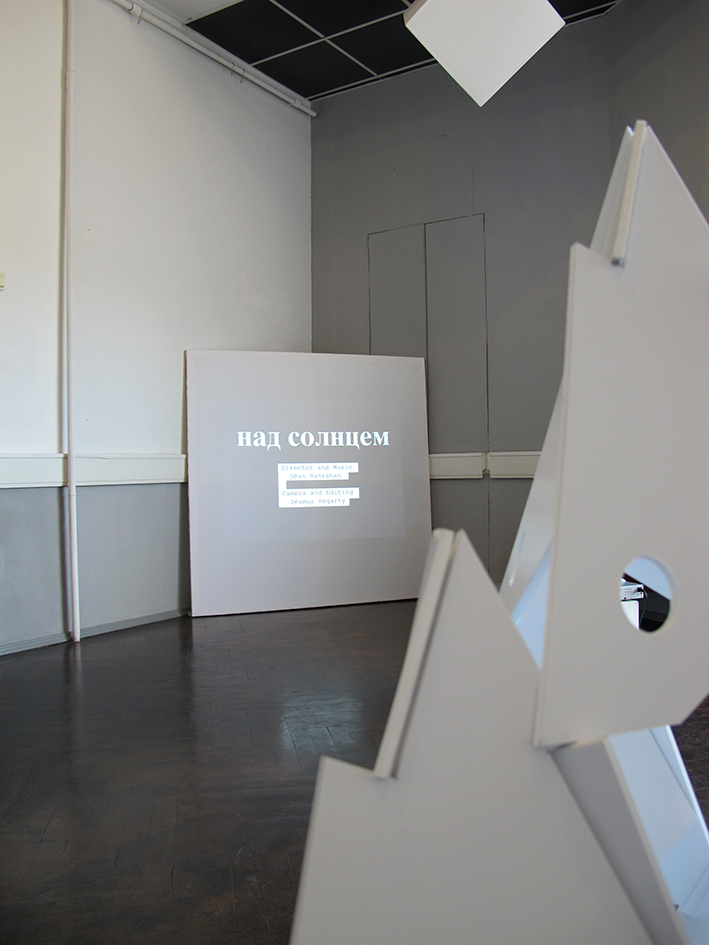 Main Exhibition V.C.C.A Vitebsk. On the walls Josh Dannin’s Proposition 06.00145. On the floor Dominic Fee’s modular ‘MonUment’ on UNOVIS era wooden floor tiles. Right, is the screening of the short film ‘Over the Sun’ projected onto blank canvas.

Over the Sun documentary Vitebsk 2015